After having typically appeared in the hallowed pages of Baseball Think Factory, Dan Szymborski’s ZiPS projections have now been released at FanGraphs for a decade. The exercise continues this offseason. Below are the projections for the Arizona Diamondbacks.

Like most teams that lose 110 games, the 2021 Diamondbacks were lousy. But they’re not completely hopeless. Indeed, when perusing the projections from top to bottom, the overall feeling you get isn’t one of a lineup full of disasters and voids but rather an overpowering rush of underwhelmedness, which I’m not sure is an actual word. There are some 20 organizational players listed here (some are now minor league free agents) with projected WARs between 0.5 and 1.5 wins. These are players who have value and can contribute to a winning team, but who aren’t going to win divisions on their own. Ketel Marte projects to stand clearly above the rest of the lineup in 2022, giving Arizona’s offense the look of a bowl of Lucky Charms that has had all the marshmallows picked out.

It wouldn’t have prevented Arizona being dead-last in the NL West, but the organization suffered from a real lack of imagination in 2021. While things improved later in the season, the team prioritized playing veterans like Asdrúbal Cabrera, Josh Reddick, and Stephen Vogt (among others) for months past the point at which it was obvious that the team wasn’t an actual contender. In most cases, giving time to a mildly interesting 25-year-old is a better idea than trotting out a player a decade older, but the Diamondbacks were too little, too late when it came to looking at players who were excelling in Reno. Take Juniel Querecuto, currently a minor-league free agent, as an example. Neither ZiPS nor I think he’s a starter, let alone a star, but a middle infielder with a .301/.354/.489 line at Triple-A is at least worth getting a look at. Seeing Cooper Hummel, acquired in the Eduardo Escobar trade, in left for two months would have helped the franchise more than seeing if David Peralta could still man the position at 34.

One exception to this cloud of meh is Alek Thomas, who crushed it in the upper minors this year, for a combined line of .313/.394/.559. ZiPS isn’t completely sold quite yet, but the system is convinced he’ll stick in center field, which is a fairly big deal, and his rest-of-career projected WAR now tops the 20-win mark, passing Marte. ZiPS doesn’t have much to say about Corbin Carroll yet, of course.

The story continues here. Just like the offense, there’s one pitcher who’s clearly projected above the others in Zac Gallen, long of the projection system’s faves. Once you get past Gallen, ZiPS sees little separating the team’s second-best pitcher from their 10th-best. That’s not the worst problem in the world, but having baseball’s deepest stable of pitchers 10% worse than league average doesn’t exactly prints money. The computer isn’t holding out much hope for a Madison Bumgarner resurgence, and if he shows some kind of pulse this season, the team may be best served by cutting their losses while the getting is good. ZiPS thinks Luis Frías was somewhat unlucky for Reno, projecting him similarly to how Steamer does, but I don’t expect that he’ll start the season in the rotation.

You won’t get any more excited looking at the bullpen, a unit that put up a 5.08 combined ERA in 2021. Mitchell Stumpo, projected by ZiPS as the team’s best reliever, was a fun story in 2021. A Driveline alumnus, Stumpo was an undrafted reliever with an unimpressive college record for the Guilford Quakers, where he was arguably a better hitter than a pitcher; two years later, he can hit 97 mph. He burst through Arizona’s minor league system in 2021, pitching at four levels before finishing his season at Triple-A Reno. He has a fairly large platoon split, but his story — which Zach Buchanan ran down in full for The Athletic — combined with his projection makes him Arizona’a most interesting reliever.

Overall, I wouldn’t be surprised to see the Diamondbacks win 20 more games in 2022 than they did in ’21. But based on the roster they have right now, I think they have a fairly low ceiling and will face a great deal of resistance trying to win more than 70-75 games. I’d rather be in Arizona’s position than Colorado’s, but there’s a lot of work to do here. Effectively Wild Episode 1775: Ask the Audience
The Angels Begin Filling in the Gaps on Their Roster

ZiPS seems unusually optimistic about Ryan Weiss. He’s a guy who didn’t even make FG’s top 46 prospect list for Zona but is projected for a 110 ERA+ in 80+ innings.

Curious what about his minor league stats are driving the upside?
Granted he’s had sub-4 FIPs at every level except AA where he had a bad case of homer-itis and potentially got BABIPed into bad results as AAA.
His Ks did tick up significantly last year (though BBs did to a lesser extent as well).

Is ZiPS seeing a tangible skill change plus the mostly strong FIPs in the minors? Not sure if there’s more to it than that.

A big change in K rate tends to be a good thing! And ZiPS definitely thinks, from the PBP data, that his BABIP was very unlucky. Do note that most of that projection is relief, which isn’t as exciting as if it were as a straight-up starter.

Just knowing exactly *where* the hits are, even without good velocity data, is a huge benefit. 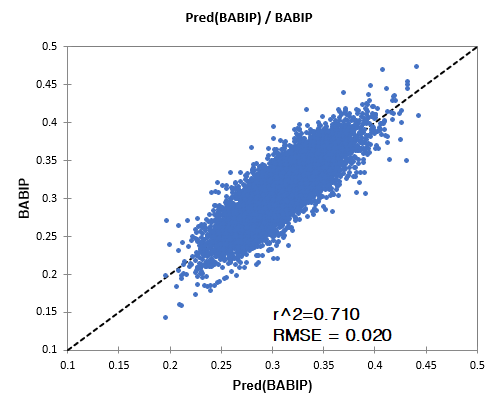 Here’s to hoping ZiPS is right and he can find some ML success. The guy has not had it easy having lost both parents.