You’ve read the intro. You’ve read about first basemen and second basemen. Now, as our positional power rankings continue, it’s time to examine the state of third base. 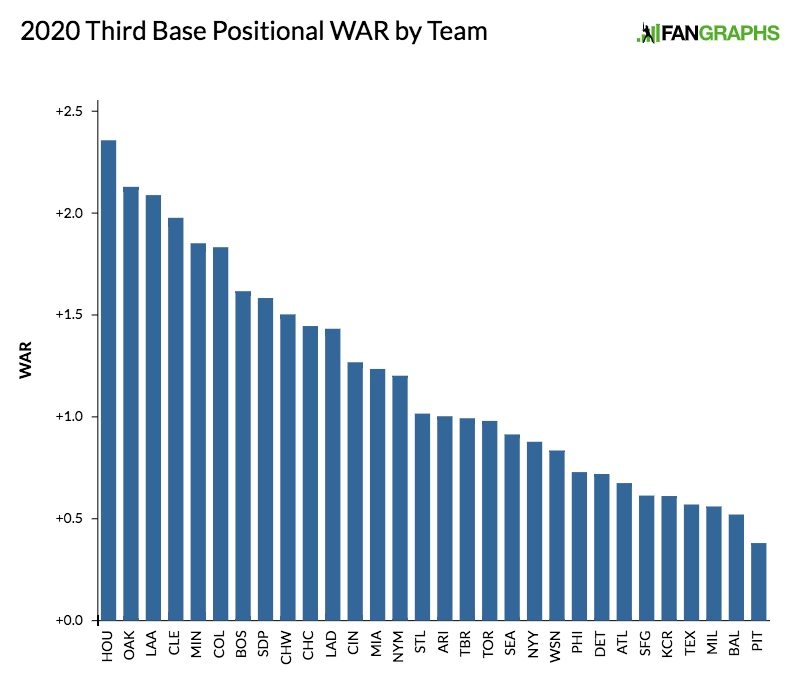 If you scroll through the first half-dozen names on this list, you might note that there are a lot of good third basemen. Of the 10 position players projected for at least 2.0 WAR this year, four are third basemen. In fact, the hot corner accounts for six of the top 14 projected position players, while the top 10 third basemen all rank among the top 30 position players overall. There are so many good third basemen, it probably isn’t useful to quibble too much about each team’s exact placement in the rankings below. It’s a tightly bunched group with a lot more positives than negatives. It’s also a veteran-laden group, but young players like Yoán Moncada and Rafael Devers provide considerable hope for the position’s future.